A distant relative of Parrot Fish, the two are similar and can be confused. Despite there being around 500 species, Wrasse are more difficult to find and don’t have as much flavour, particularly when caught in more temperate waters (the Cuckoo Wrasse is found up as far as the UK and even Norway). Ranges in size from 500g to 16kg. Cook as per Snappers or Sea Breams. 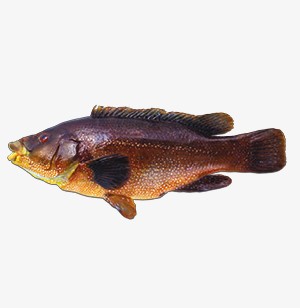