This much sought after fish is wild, and often known as Ocean Trout or Salmon Trout as it has a very similar appearance to Salmon, with a taste and texture midway between the two. Although it is classed as the same species as Brown Trout (Salmo trutta), Sea Trout migrates to the sea, which the Brown Trout doesn’t. The season runs from March 1st to August 31st, though it is now being farmed which will widen the availability. Ranges in size up to 5kg, and can be cooked as with Salmon or Trout. 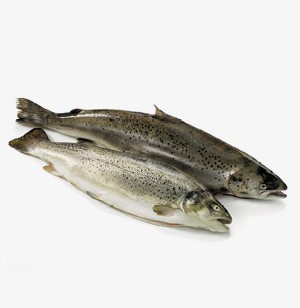