All species from the family Sciaenidae or Argyrosomus should be marketed under one of these names. Also known as Mulloway in Australia, these species tend to resemble Perch or Sea Bass, and some make a croaking or drum sound - hence the names. They range in size from 500g to 5kg and can be cooked as per Sea Bass and Sea Bream. Particular species of the Sciaenidae family to look out for include Suzuki Mulloway (also known in Australia as Black Jewfish), Corvina (also known as Weakfish) and Meagre which is farmed in France. 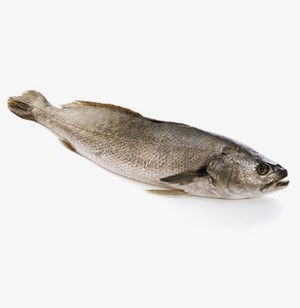 See our range of fresh farmed
Buy from us today