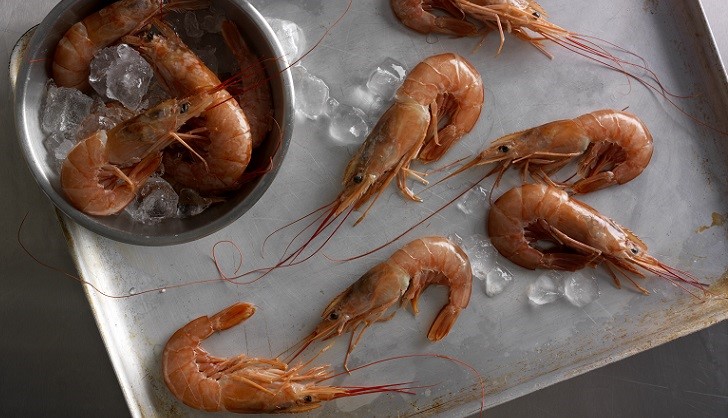 The pale pinkness of a Prawn has brought broad smiles to British diners for decades, but what is it that makes this little critter so sought after?

Prawn cocktail is perhaps the most iconic dish this ingredient has ever starred in. A flavour combination that’s become so enduring, it’s been replicated for snacks and crisps everywhere from Truro to Tokyo. The dish originally found suburban fame during the 1970s where it was the go-to starter at dinner parties. Since then, it has become a famed relic that appears on classic menus across the western world and is still one of the most common ways to prepare the humble Coldwater Prawn. In fact, the marriage of fresh boiled Prawn and Marie Rose sauce is so exceptional that it’s often played with today, with modernist restaurants introducing deconstructed versions or riffing on the make-up of this 70s classic.

It’d be crazy to look at the humble Prawn and not mention the age-old British dish of potted Shrimp. Laced with mace (or nutmeg) and preserved in clarified butter, this hardy little dish is a cornerstone of British cuisine and has been loved for generations.

We’ve also become pretty fond of the King Prawn, and its not too distant relative the Langoustine. The firm flesh of these sea creatures works astoundingly with garlic and butter, and by keeping the preparation as simple as possible, the freshness of the meat is allowed to truly shine. Simplicity, as seasoned chefs and line cooks will no doubt appreciate, keeps cooking time and plating incredibly quick and easy, relying on nothing more than a few mise en place items.

With the British appetite for world cuisine not looking to abate any time soon, the King Prawn is the perfect partner for many international dishes. It’s a source of protein found in some of the freshest Asian rice noodle dishes and stir-fries. Best partnered with fragrant herbs, Prawns find their way into a huge number of Mediterranean dishes and can be tossed through everything from vibrant linguine, to light and fluffy French pilafs.

For chilli heads, the Prawn offers itself as a hugely versatile carrier of fierce heat and spice. Skewered, grilled and dusted with Aleppo chilli flakes, it’s a simple, but prominent pub barbecue item that’s almost guaranteed to sell out. On a more complicated spice route, you can venture into Malaysian laksa bowls and partner the shellfish with ingredients such as coconut milk, lemon grass, tamarind and galangal.

While influences for cooking the Prawn come from every corner of the world, the British diner has long been enamoured with this unique little shellfish. These versatile little things work their way seamlessly into a wide number of dishes. The fish pie is turned up to eleven when Prawns feature in the mix - a welcome surprise that adds unctuous bite and a firm meaty texture.

Whether you’re using Prawns in a complex, slow cooked dish, or treating them as simply as you can, this little animal is perhaps the most adaptable cooking ingredient we pull from the sea.