Fried Seafood: What Makes It So Right? 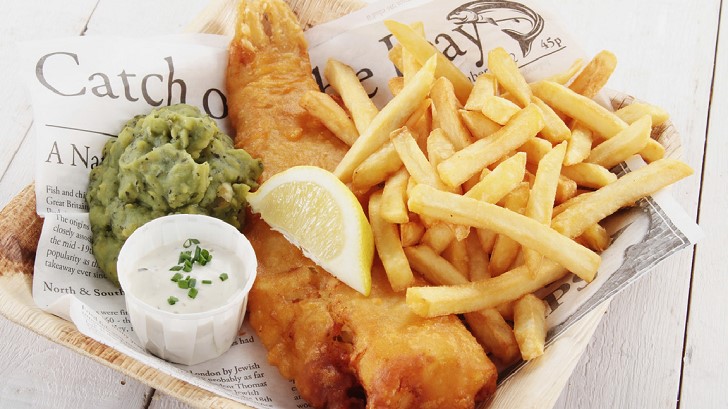 Fried fish is a cherished favourite here in the UK. You can stroll through a town anywhere between Lands End and John O Groats and find a welcoming feast of fried fish and potato served on styrofoam tray and grease sodden paper.

Whether it’s plaice, haddock or cod that’s your chippy favourite, or a simple, but rewarding fish cake, it’s the magical marriage of crispy batter and succulent fish that makes this dish such an icon.

And it’s not just a British thing. Down in Ensenada, a small fishing location on the west coast of Mexico, they began sticking small pieces of battered fish in corn flour tortillas creating the fish taco, a Mexican export that does incredibly well throughout the US and is currently swarming the UK dining scene.

But frying seafood, particularly deep frying seafood, is something that appears to be a favourite preparation in many cultures. Calamari is still one of the Mediterranean’s greatest seafood dishes and one that crosses borders throughout southern Europe. But you need to be playing with fresh squid here people. It’s the only way to avoid the dreaded ‘rubber band’ syndrome.

Down in Singapore, they do a stonking trade in fried crab, simply jointed, shell still on, the crabs sweet tender meat becomes the perfect vessel for chilli and vast amounts of black pepper. Seriously, it’s enough heat to bring on a nosebleed.

The mollusc doesn’t escape the deep fried treatment either, just look at the po’ boy sandwich that can be found in New Orleans and throughout Louisiana. Juicy oysters are dredged and deep-fried. The high temperature and quick cooking time means the oysters retain all their juices and remain plump and moist while the crispy exterior leaves you with a satisfying crunch - a contrast in textures that makes this a great titan of American sandwiches.

Fried seafood works well for a reason and it doesn’t matter whether you’re pan-frying or deep-frying. Using butter or oil. That satisfying result is always going to be the same. All seafood is filled with mineral rich oceanic juices, which is where all that alluring flavour of the sea resides. Only frying at high temperatures will give you a crisp caramelised exterior and a succulent, juicy interior – the magical contrast in textures.

It’s a combination that’s proved successful throughout global cuisines, but one that hinges on the freshness of your base ingredient and the accuracy of your cooking. Make no bones about it, if you over cook fish when frying, you dry it out, and the flavour and texture is lost.

Frying is one of the best ways to celebrate seafood, and if you make sure you’ve got your best kitchen hands taking care of it, it’s unbeatable.